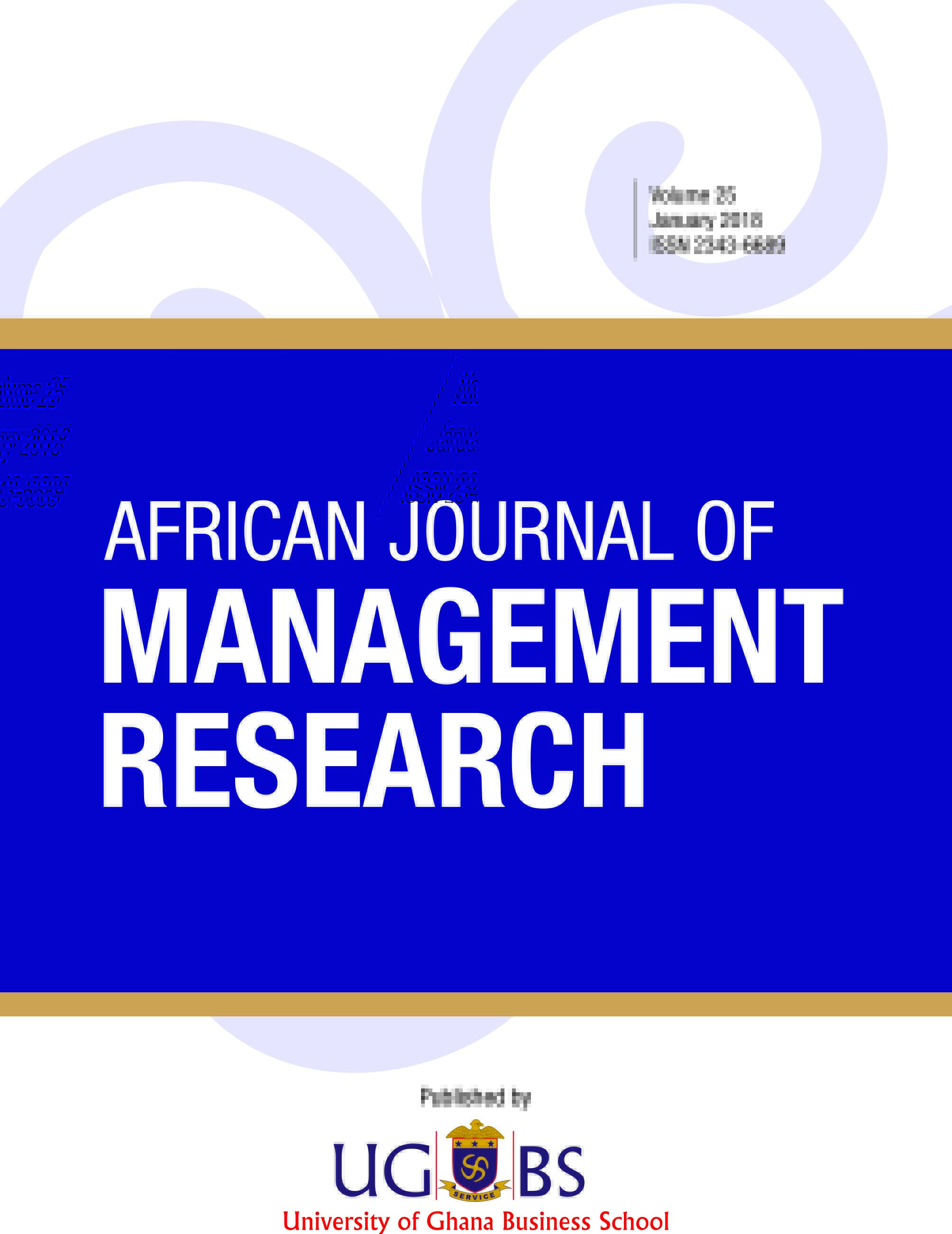 The University of Ghana Business School (UGBS), then known as School of Administration, started publishing an academic journal in 1983. It was called The Journal of Management Studies.

The Journal was published regularly. By July 2003, Volume 18, number 2 had been produced. In 2007, the Editorial Board was re-organised and the UGBS Journal was re-launched under a new name, Management and Organisation: A Multidisciplinary Journal of Business. Two volumes were published in 2009 and 2010.

In 2011, the re-constituted editorial team sensed that some section of the academic community were uncomfortable with the new name, for Management and Organisation because the name suggests a bias in favour of some management disciplines and not others. Also, the change in name has meant a loss of the long history that the Journal had under its previous name.