Migration, Farmer-Herder Conflict and the Challenges of Peacebuilding in the Agogo Traditional Area, Ghana

Recently, communities in Agogo Traditional Area (ATA) have witnessed an increasing spate of violence leading to loss of lives, loss of livelihoods, insecurity and severe injury among others. This article explores the “local” in peacebuilding by addressing the following research questions: first, how do Agogo indigenes in the diaspora contribute to peacebuilding in Agogo Traditional Area? Second, in which ways do the engagement of Fulani herders and indigenous farmers influence the process of peacebuilding in Agogo Traditional Area? The article employed in-depth interviews, participant observation, key informant interviews and focus group discussions in the data collection process. From an interdisciplinary perspective, the research has introduced the activities of transnational migrants into the discourse of peacebuilding as it positions Ghanaians in the diaspora as local actors engaged in the farmerherder conflict in ATA. This study has shown that in the case of ATA, despite the potential benefits of the local peacebuilding including the contribution of the diaspora, it is bedeviled with challenges such as mistrust and inadequate resources. The article recommends that local peacebuilding be detached from adjudication in the court of law because the local actors perceive the court as external and ambivalent to the cultural context of local conflicts. 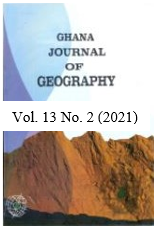