An analysis of the level of vehicular emission in Kaduna Metropolis

Vehicular emissions are one of the major sources of air pollution in urban centres due to the use of petrol and diesel fuels. This study analysed the level of vehicular emissions in Kaduna Metropolis. A longitudinal research design was used. Data were acquired on the Road Network of Kaduna Metropolis, level of concentration of gases, Statistics of the motor vehicles movement at each sampling point, type of vehicle, make, age and the fuel used. Copies of the relevant questionnaire were distributed at eleven established sampling points (parks). Gaseous elements examined included Carbon Monoxide (CO), Volatile Organic Compound (VOC), Nitric Oxide (NO2), Hydrogen Sulphite (H2S) and Sulphur Dioxide (SO2). The concentration of CO exceeded the accepted safe limits especially at morning peak periods. Toyota Liteace was the most used commercial vehicle; 74% of these vehicles are propelled by petrol fuel. Not less than 91% of drivers of such vehicles suffer from illnesses due to the polluted air at least once a month. Regular maintenance of commercial vehicles and awareness campaigns are suggested as measures to mitigate vehicular emissions. Government should establish a reliable and efficient mass transit system to reduce the number of individual vehicles and motorcycles on roads thus, reducing harmful emissions. 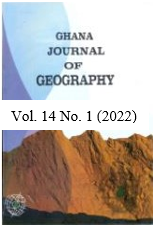