The paper examined the changing trend of customary land tenure systems in Northern Ghana and ascertained how neo-liberal policies have contributed to this trend. The data for the paper was derived.from the Land Tenure and Policy Research Project (LPRP) of the Institute of Statistical, Social and Economic Research (JSSERJ and from supplementary field data collected by the researcher using qualitative methods. The study finds that customary land tenure systems in northern Ghana have been evolving in accordance with the evolutionary thesis of land tenure reforms in Africa. Neo-liberal policies, demographic pressures, urbanization and the resultant competition for land are some of the underlyingfactors accountingfor
the evolution of the systems in general. In Northern Ghana, neo-liberal policies dictate the pace of the evolution through the hardships that it has created for northern poor peasants, which have necessitated the distress sale of land for survival. The paper thus advocates decentralised land administration in order to give legal recognition to customary land rights at all levels. It supports the institution of customary land tenure secretariats in Ghana and calls for the state to intervene, as matter of urgency, with poverty targeting and social protection policies in education, health, employment and nutrition, to reduce the cash needs of the poor land owners so as to stem the tide of indiscriminate land sales among the poor peasants in Northern Ghana. 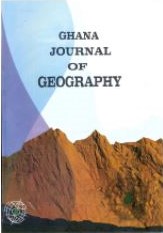