A Decade of Oil Discovery in Ghana: Implications for Politics and Democracy

Ghana discovered oil in June 2007 and commenced production in
December 2010 under a peaceful democratic political order that is
being hailed by all across the world as a beacon of hope. Based
on a desktop review, this paper examines how oil affects politics
and democratic development in Ghana. It argues that even though
there are efforts to protect Ghana from the ‘oil curse’ or potential
adverse socio-economic effects of oil production, conscious efforts
have not been made to check the possible impact of oil production
on the nation’s democratic gains. Consequently, oil production has
resulted in tendencies that undermine democratic development,
including politics of resource-patronage; high spending on social
services such as infrastructure; high borrowing that increases
national debt; and high corruption and perception of corruption
and security threats. The paper concludes with some theoretical
and policy implications of the findings for oil-producing countries in
Sub-Saharan Africa. 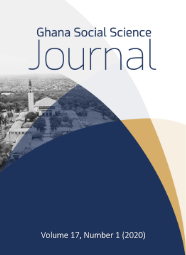